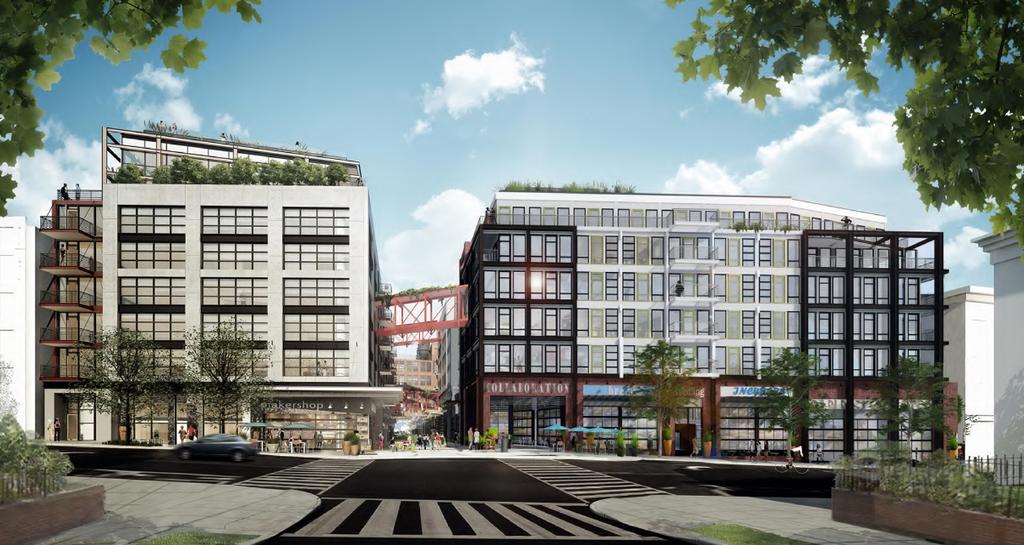 A large new development in Eckington will go up with fewer “deeply affordable” units than developers planned thanks to an unexpected objectionfrom DC’s Department of Housing and Community Development. The agency didn’t want to have units doled out outside its existing system, even at the expense of some affordability. 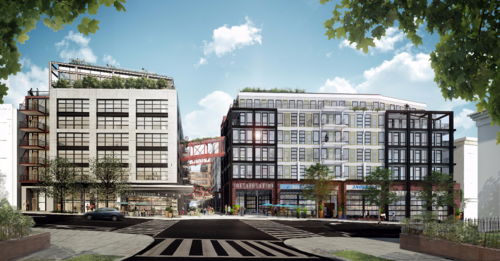 At Eckington Yards, a 695-unit mixed-use development that will rise on a three-acre site stretching from Eckington Place NE to Harry Thomas Way NE in Eckington, developers JBG and Boundary wanted to offer more deeply affordable units — units for people who make well under the Area Median Income (AMI) — than what DHCD requires.But the developer also wanted to manage the units on their own, with residents applying directly to them rather than to the agency’s program.

“DHCD vigorously objects to the premise that IZ [inclusionary zoning] requirements can or should be waived,” said Polly Donaldson, director of the agency, in a July 28 letter to Zoning Commission chairman Anthony Hood. “The fundamental issue before the Zoning Commission is… whether developers should be required to comport with existing law, policy and regulations.”

Donaldson repeatedly emphasized that the issue was about maintaining “uniform application” of the District’s affordable housing rules, and not an objection to creating more homes for lower income resident, in the letter.

In other words, the housing authority wanted JBG and Boundary to fit the affordable housing component of Eckington Yards into its existing boxes, with no exceptions. 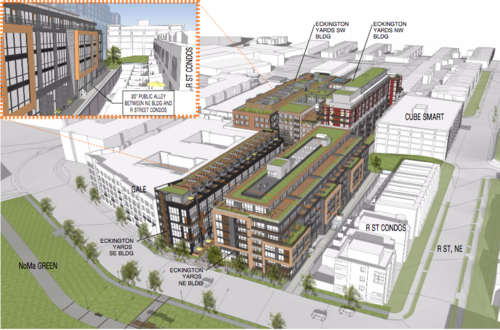 The Eckington Yards development in relation to the surrounding buildings. Image by JBG and Boundary.

JBG and Boundary wanted to offer the 55 affordable units in Eckington Yards at 60% of AMI, which is $106,800 for the Washington DC region this year. Households that earn up to $64,080 would have been eligible for these apartments.

That proposal did not fit with the District’s existing requirements that large projects make eight percent of the floor area available to people making 50% or 80% of AMI.

In her letter, Donaldson said that DHCD “strongly agrees with and supports” efforts to “provide additional affordable housing, at levels of affordability greater than the required regulations.”

She pointed to other District programs, like low-income housing tax credits, that could be used to make housing in its existing IZ categories affordable at the level proposed for Eckington Yards.

Just two days before Donaldson sent her first letter to Hood, the Zoning Commission approved a change in the inclusionary zoning regulations that would lower the top household income level to 60% of AMI.

The rule change undergo a 30-day comment period and then go to the District council for a vote before it can enter into force.

Donaldson acknowledged the change, which would bring IZ requirements in line with the affordability envisioned for Eckington Yards, in her letter. However, she said that the application must be viewed under the “current versions of the IZ statute and regulations.”

JBG and Boundary compromised with DHCD in order to secure final approval for Eckington Yards. The Zoning Commission approved a revised proposal with the 55 affordable units split evenly between the housing authority’s two IZ buckets at its meeting yesterday.
The compromise resulted in an average maximum household income of $70,590 for the affordable component of Eckington Yards, more than $6,000 higher than under the all-60% proposal.

While not a loss in the number of affordable units, it is a blow to creating more deeply affordable units in the community. Especially in a highly sought after location like Eckington Yards, which is walking distance to the NoMa-Gallaudet Metro station and adjacent to the Metropolitan Branch Trail and future large NoMa park. 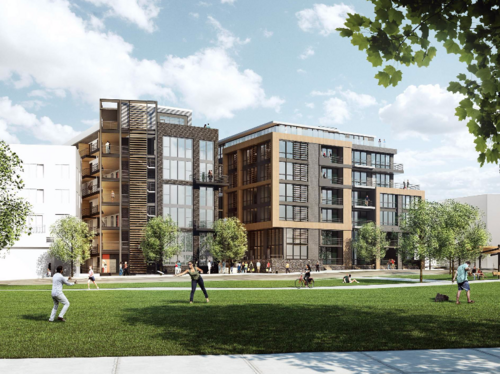