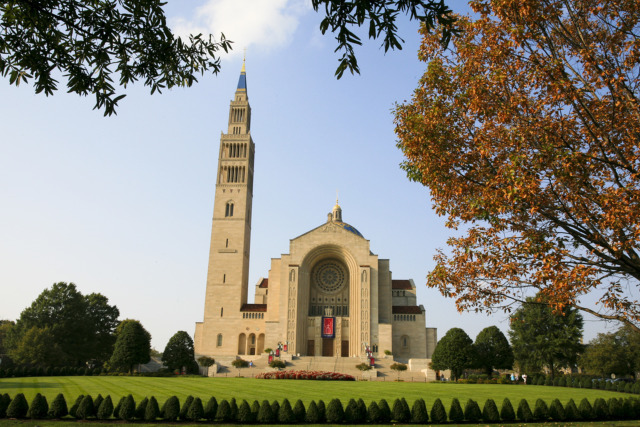 A dozen new buildings containing an expected 78 townhouse-style residential units are proposed to go up on a 220,000-square-foot lot just south of Catholic University in one of the District’s still quiet corners.

The Missionary Society of St. Paul the Apostle and Elm Street Development submitted a joint filing to the D.C. Board of Zoning Adjustment earlier this week. They seek zoning relief to build on the property, bounded to the north by the U.S. Conference of Bishops site, to the south by the Chancellor’s Row townhouse development, to the west by 4th Street NE, and to the east by Chancellor’s Row and the St. Paul’s College building, which is set to be used by charter schools.

The prospective buildings would hold between four and nine units with private driveways. Roughly 47,000 square feet of space on the property’s southern half will be landscaped and remain open. Meanwhile, the Paulist order is anticipated to construct their own rectangular building toward the south part of the lot.

“The residential units in the project will each provide three or four bedrooms and be ideal for families, a housing type in high demand and short supply in the District,” the developers explain in their filing.

The application repeatedly references EYA’s Chancellor’s Row development, which includes almost 240 three- and four-story townhouses, and notes that the proposed project won’t be out of character with the immediately surrounding area. In their submitted documents, the Missionary Society and Elm Street say they’ve met with the Chancellor’s Row community “several times over the past year,” resulting in design changes, and will continue to. “It is the applicant’s intent that the open space to be provided at the south of the property will remain open to the public for use as a park,” they write. “The applicant believes that residents from Chancellor’s Row will find such area to be of particular value.”

You can read the developer’s statement in support of the project here. The proposed layout of the site follows below: 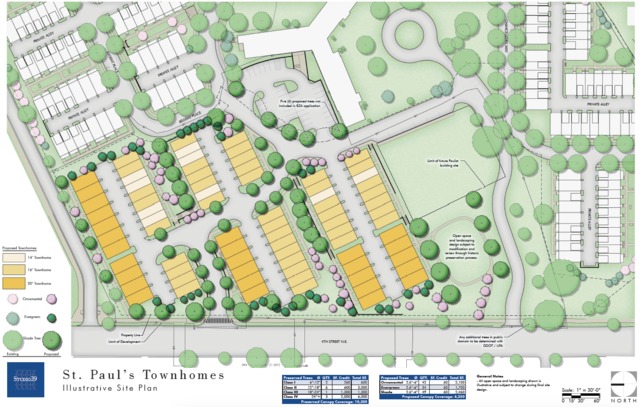