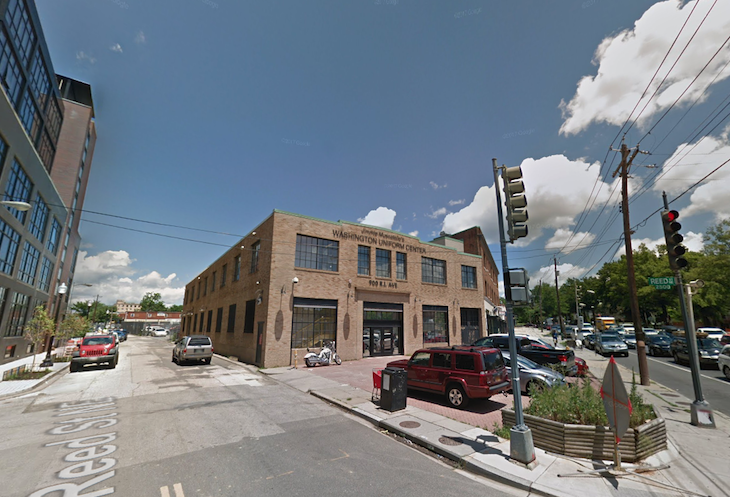 The southern edge of Northeast D.C.’s Brookland neighborhood along Rhode Island Avenue has just attracted another D.C. developer.  Boundary Cos. acquired 900 Rhode Island Ave. NE for $16M from Franklin & Rocky Properties in a deal posted Friday to the D.C. Recorder of Deeds. The developer received $11.4M in acquisition financing from EagleBank, records show.  The 44K SF site sits at the corner of Rhode Island Avenue NE and Reed Street, two blocks from the Rhode Island Avenue Metro Station. It has a two-story brick building occupied by Jimmie Muscatello’s Washington Uniform Center and a surface parking lot. The property’s latest assessment valued it at $4.14M.  A developer buying the site for nearly four times its assessed value indicates it likely has plans to build more density on the property. Boundary Cos. did not respond to a request for comment on the deal. The parcel is zoned MU-6, allowing for a mix of uses with buildings up to 90 feet in height and a floor-area ratio of 6.0, with the potential to increase that to 7.2 if a project includes affordable housing or other benefits.  Trammell Crow last month acquired the site to the north of the property — a 49K SF parcel with a two-story used car dealership at 2607 Reed St. NE — for $12.3M, but has yet to release details on its plans. Directly across Reed Street from the two properties, Douglas Development last year delivered the 296-unit Brookland Press apartment community.   On the other side of Rhode Island Avenue, Urban Atlantic in 2011 delivered the Rhode Island Row mixed-use development next to the Metro station. Two blocks west, MRP Realty plans to break ground later this year on its 1,450-unit mixed-use project anchored by an Alamo Drafthouse. About a half-mile east of the Metro station, MidCity is planning the 1,700-unit redevelopment of Brookland Manor, though that project is being slowed down by an appeal.  Chevy Chase-based Boundary Cos. is also partnering with JBG Smith — where Boundary founder John Wilkinson worked before launching his own firm — on a mixed-use development in Northeast D.C.’s Eckington neighborhood that will include 682 units and 70K SF of retail. The developer in October acquired a 2.35-acre property in Alexandria’s Eisenhower Avenue corridor with long-term redevelopment plans.