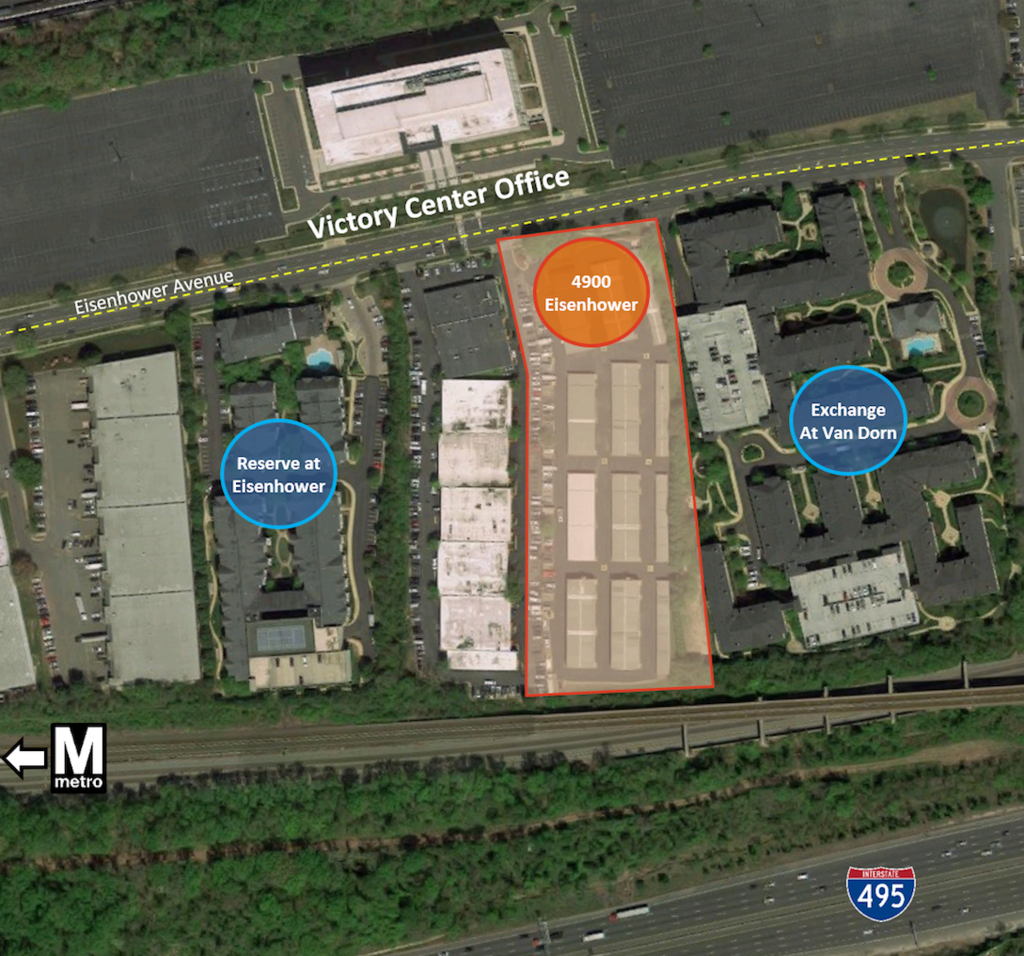 The Boundary Cos. has paid $15.1 million for the Atlantic Self Storage site near the Van Dorn Metro station in Alexandria, with plans to eventually redevelop the property as the city’s longer-term vision for the Eisenhower Avenue corridor takes shape.

The roughly 4-acre site at 4900 Eisenhower Ave. is the third acquisition for the Chevy Chase-based developer within the city’s Eisenhower West Small Area Plan. Boundary founder John Wilkinson said he’s confident in the area’s long-term potential to become the sort of urban, pedestrian-oriented environment the small area plan calls for. That will take time, though, and at least one major redevelopment to help get things going.

That could have been HQ2, had Amazon.com Inc. (NYSE: AMZN) chosen an assemblage closer to the Eisenhower Avenue Metro station for its second headquarters. Wilkinson said he is watching several other potential kick-off projects including he potential redevelopment of Victory Center, a 16-acre property across the street from Atlantic Self Storage that is being marketed for sale through Cushman & Wakefield.